The B600 is a large UAV designed for quick and easy changing of payloads by means of a removable payload box located in the underside of the fuselage measuring 100x65x45cm and able to carry up to 50kg. This UAV is designed to carry multiple types of payload boxes, from standard enclosed boxes to boxes that can open mid-flight to release the payload. Made from molded carbon fibre, this UAV is strong but lightweight at under 90kg empty. 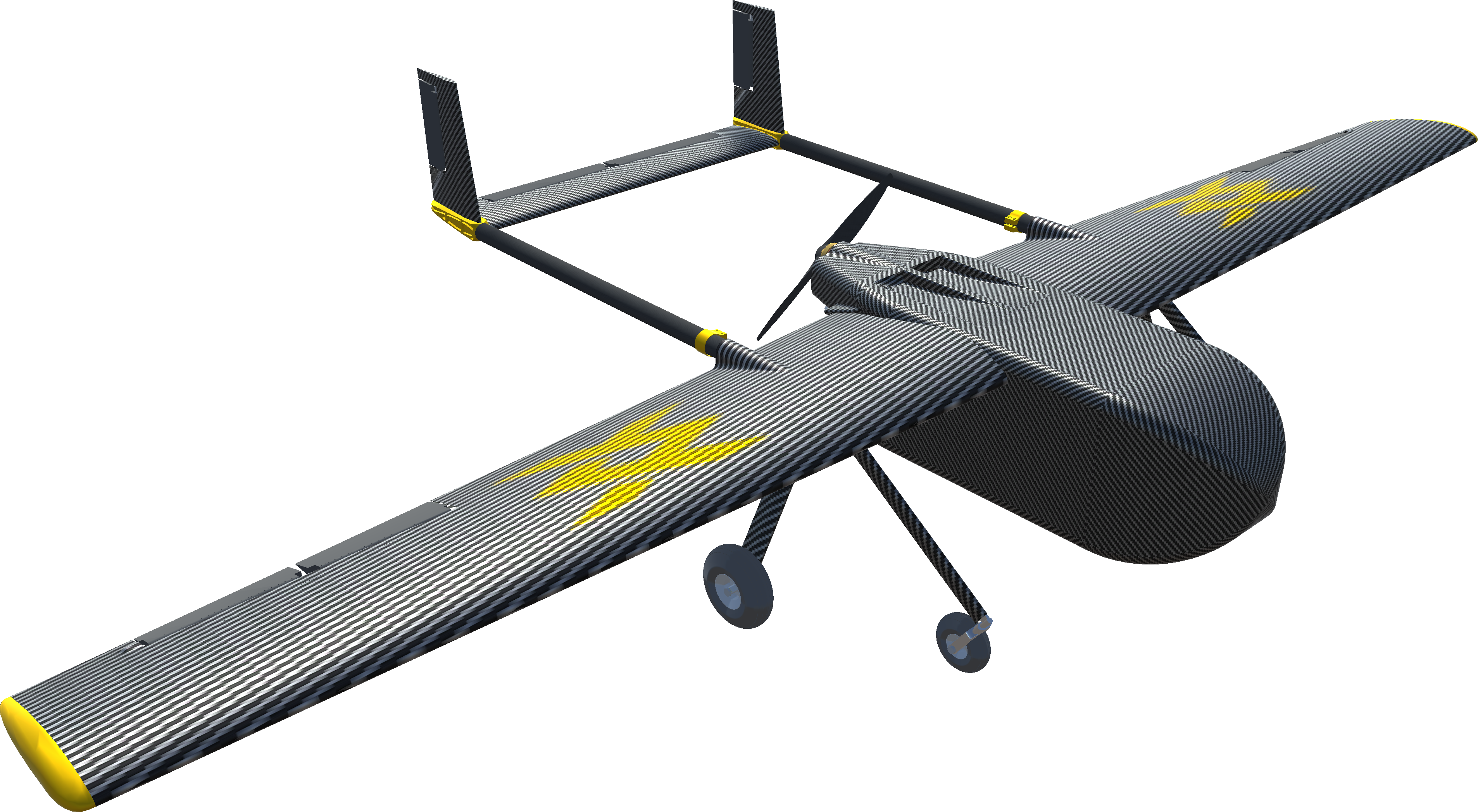 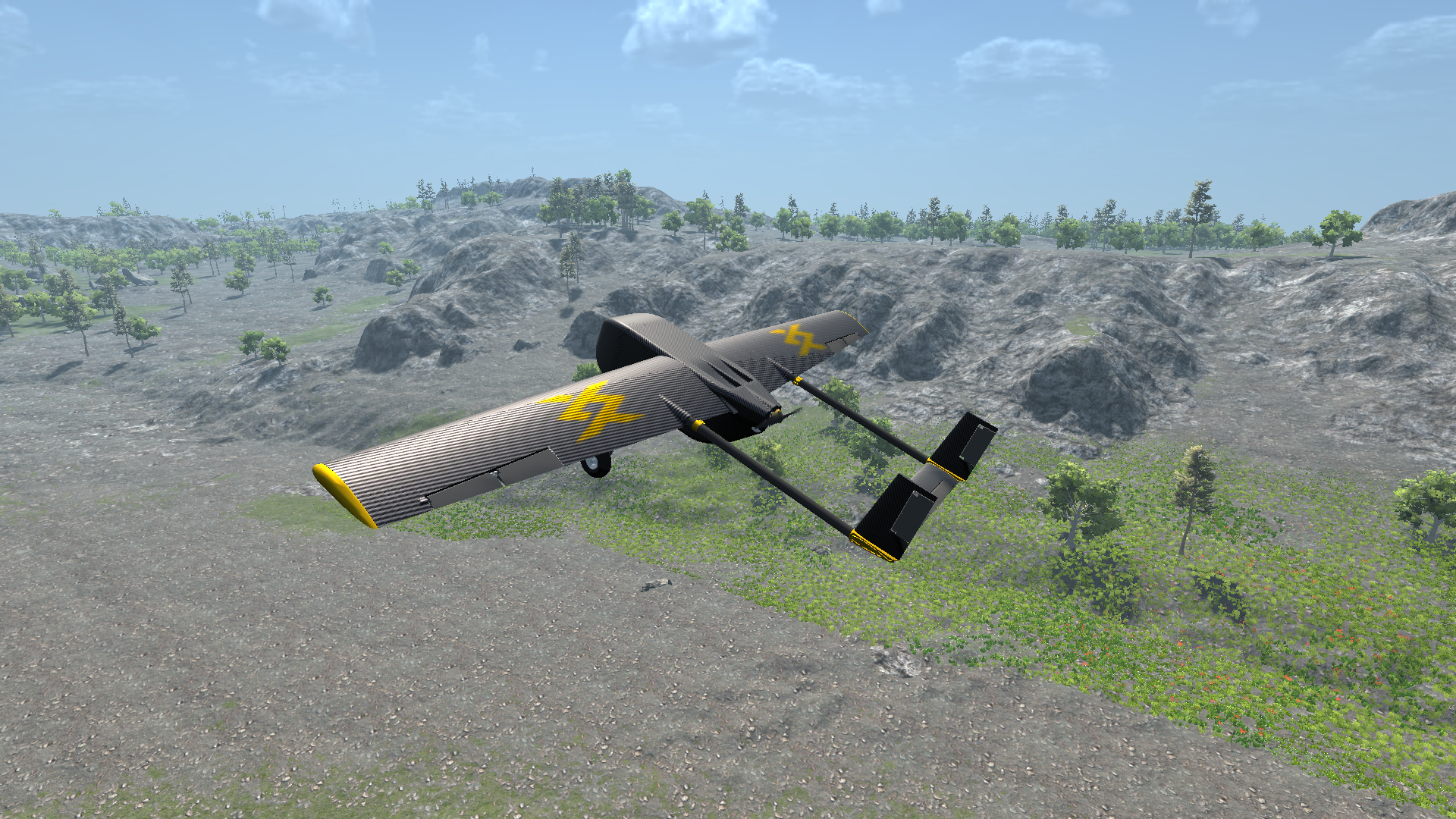 The S099 is a telescoping collapsable SUAV design that can collapse to 0.54m and then split down the middle, making the compacted size 0.27m by 0.33m by 0.16m. At under 2kg, this lightweight SUAV is highly portable. In its expanded assembled state it has a wing span of under a meter and has a maximum speed of 25m/s, with a minimum cruise speed of 18m/s. It's elliptical wing allows for the long endurance flight of a fixed wing UAV while the four ducted fans provide both the VTOL ability and the maneuverability of a quad-copter. 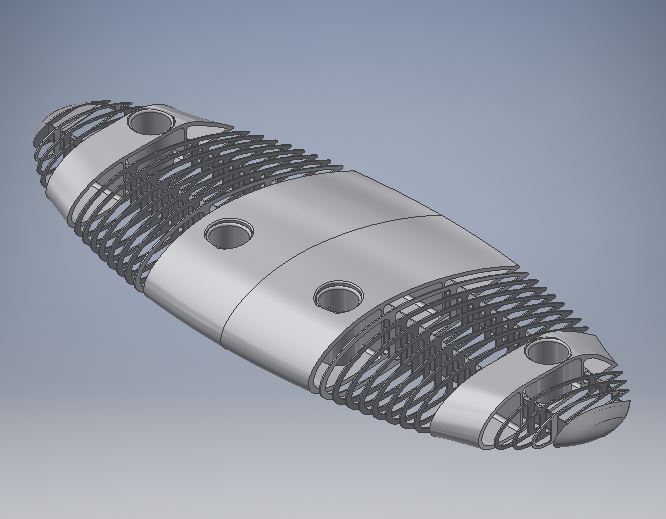 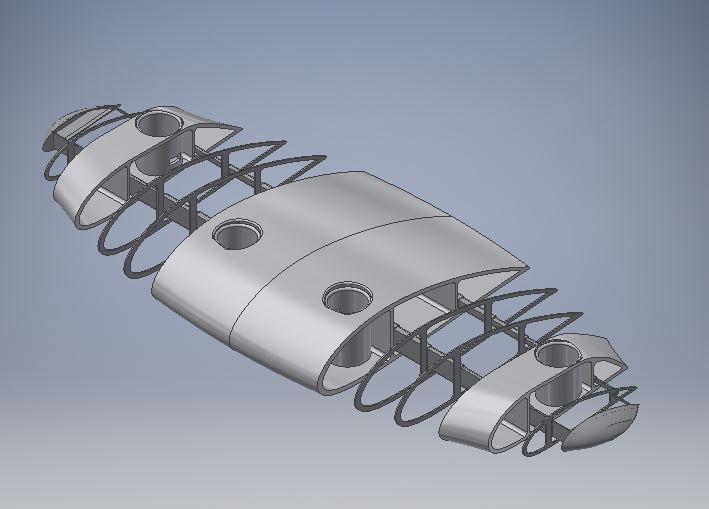 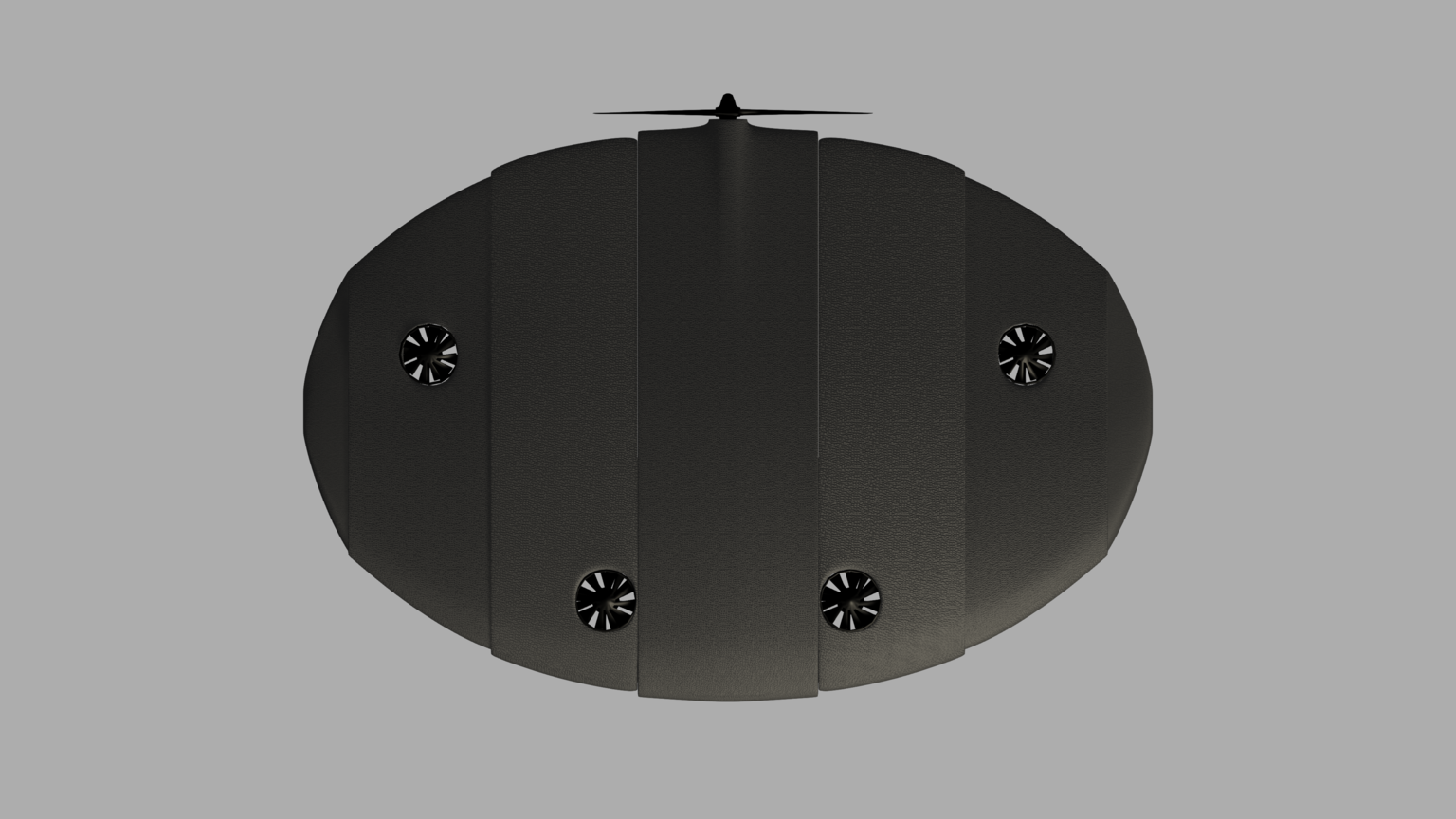 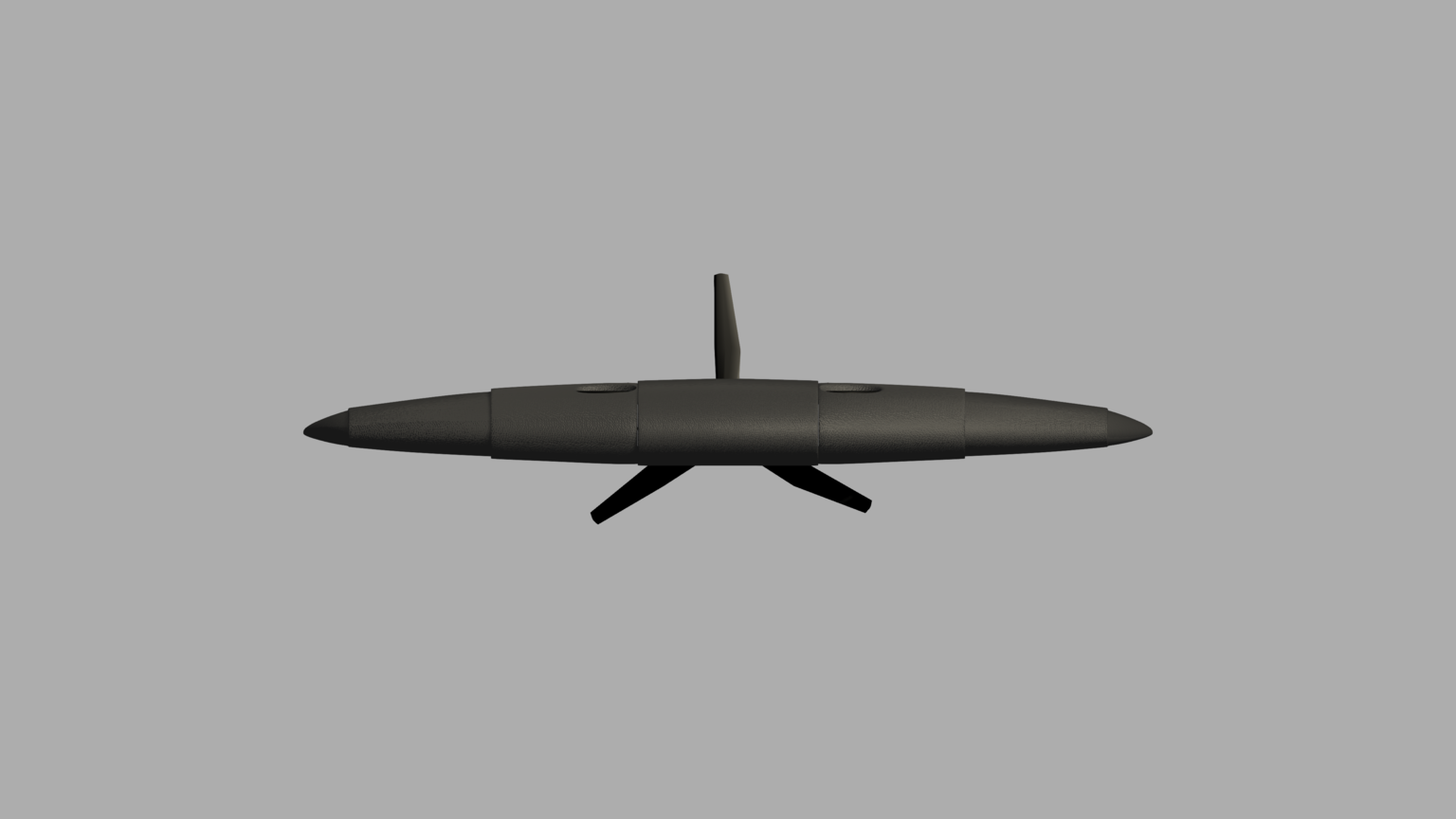 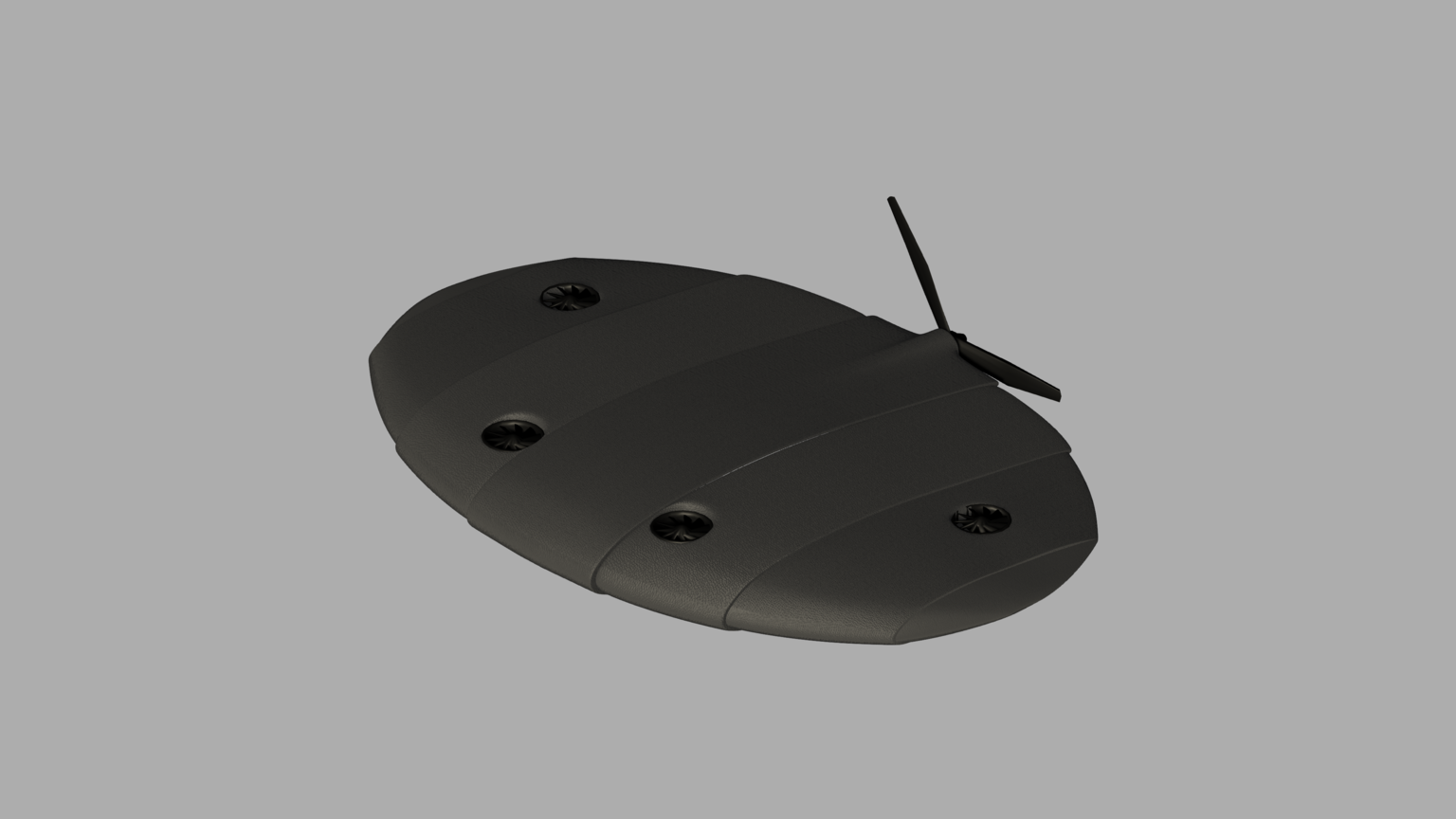 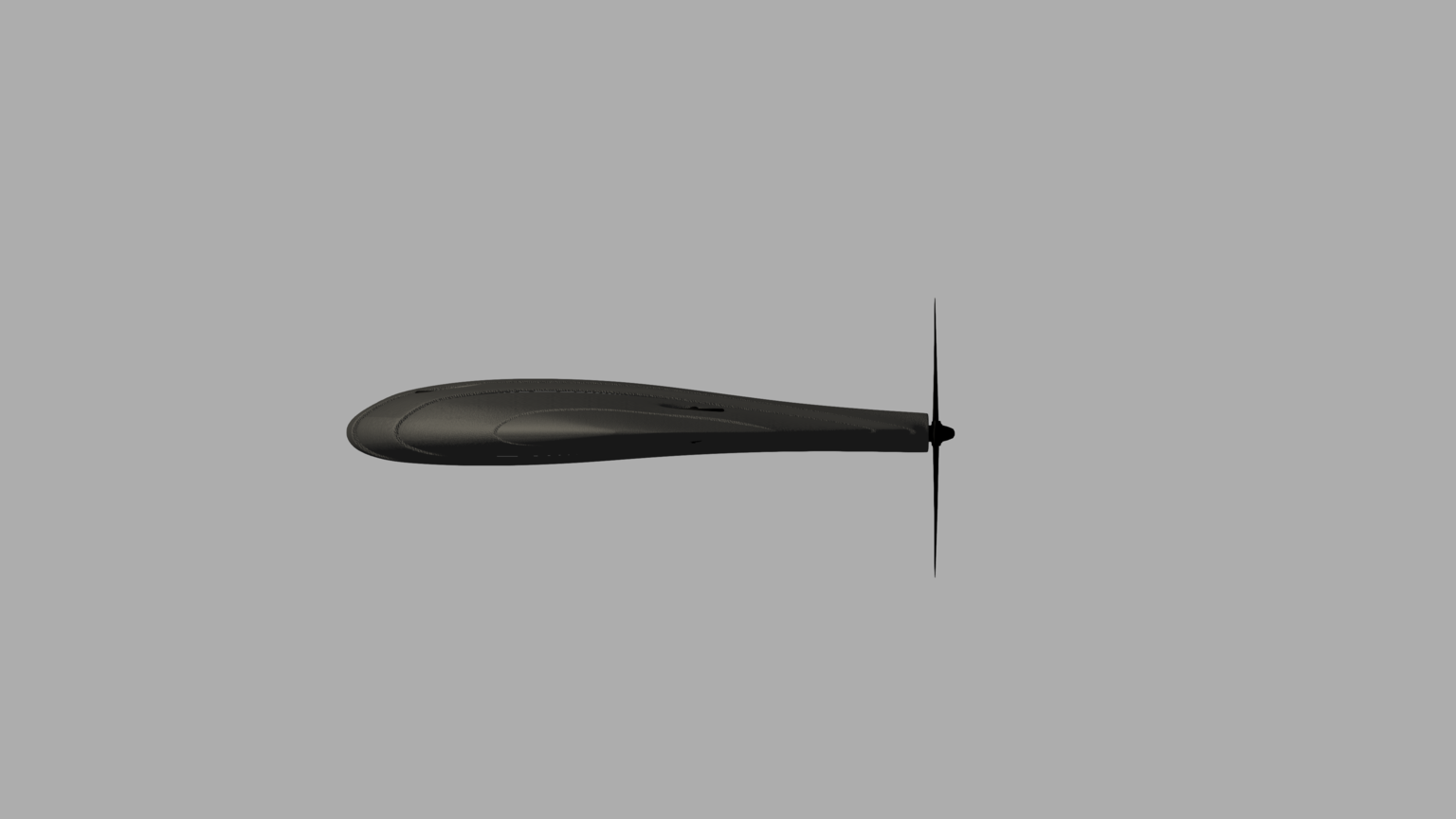 Simbiant's previous prototype testbed. Capable of vertical takeoff and landing, and able to stay aloft for longer than a standard quad-copter, and controllable via easy-to use interface. 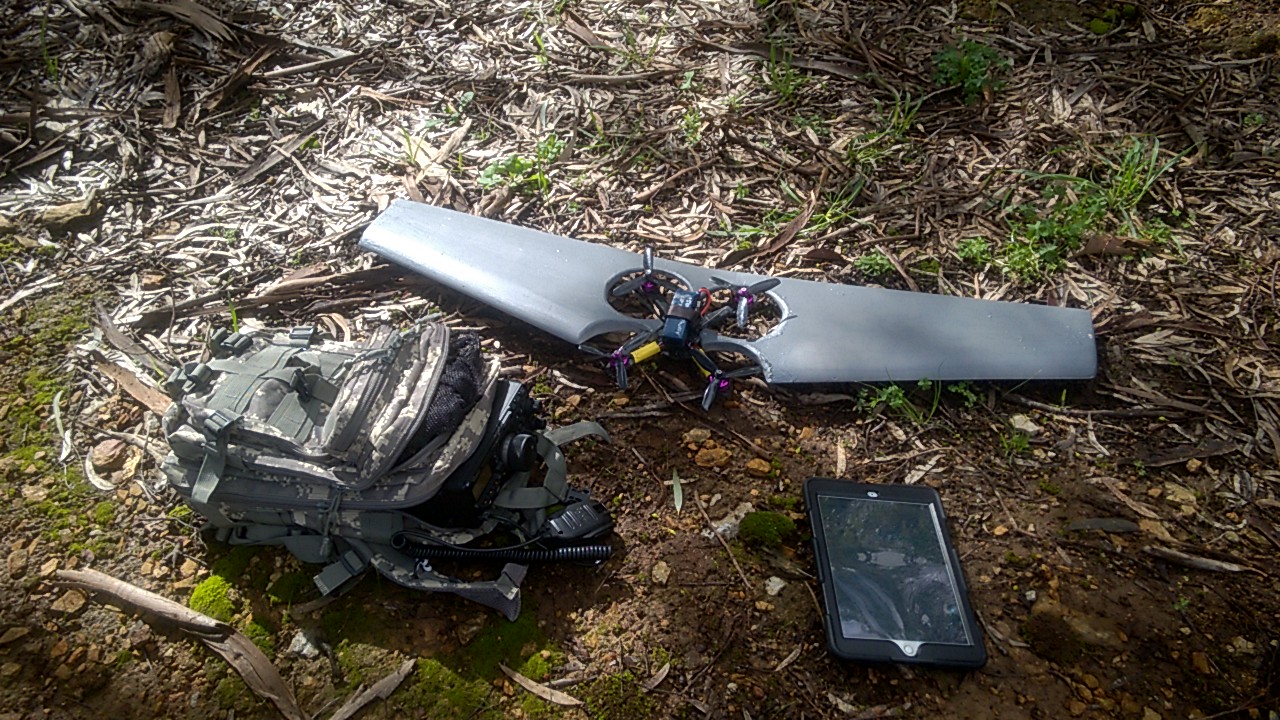 Simbiant builds tiny, specialist UAS systems that are collapsible and autonomous for ease of use and transport. 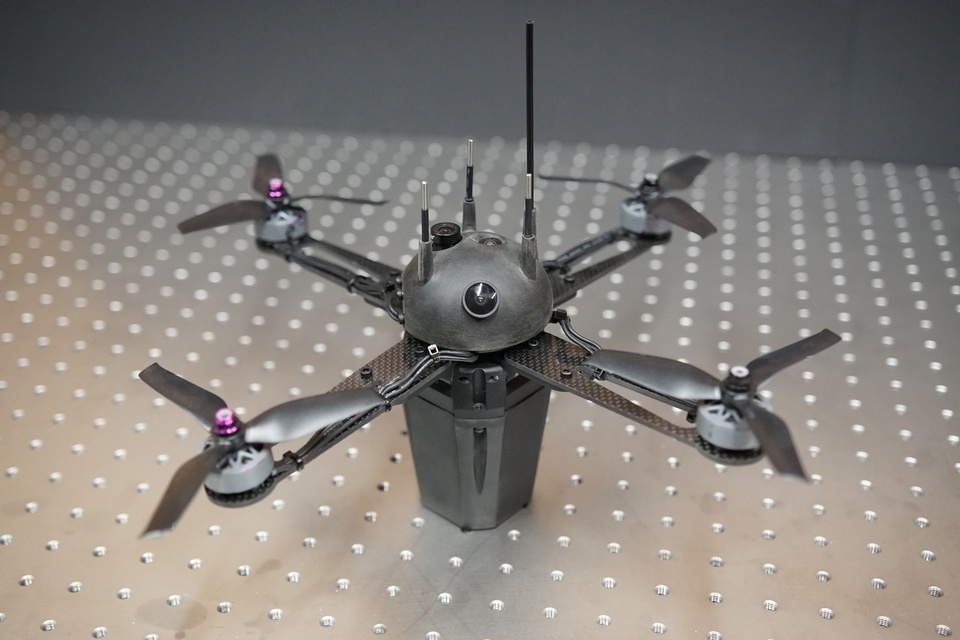 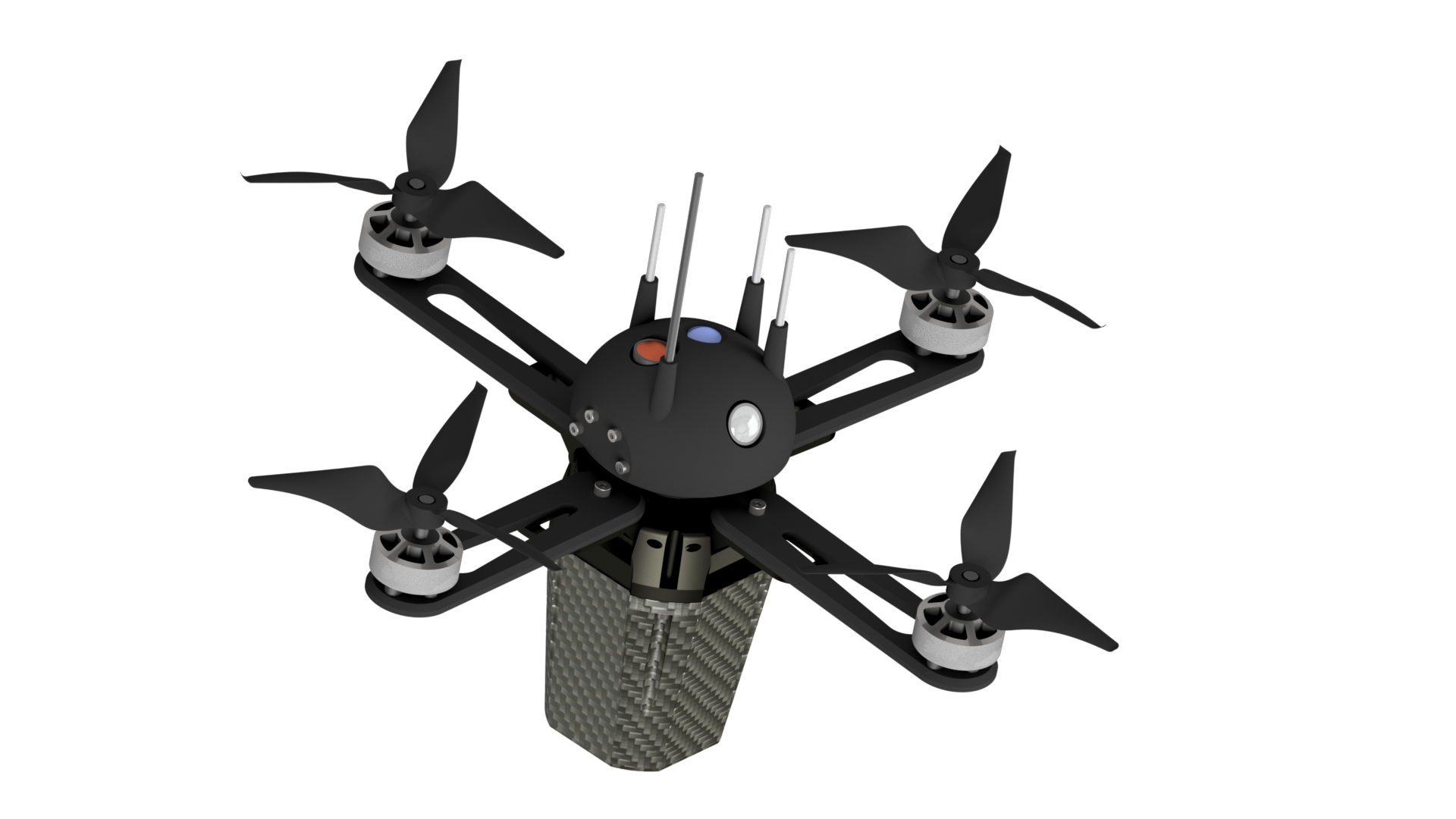 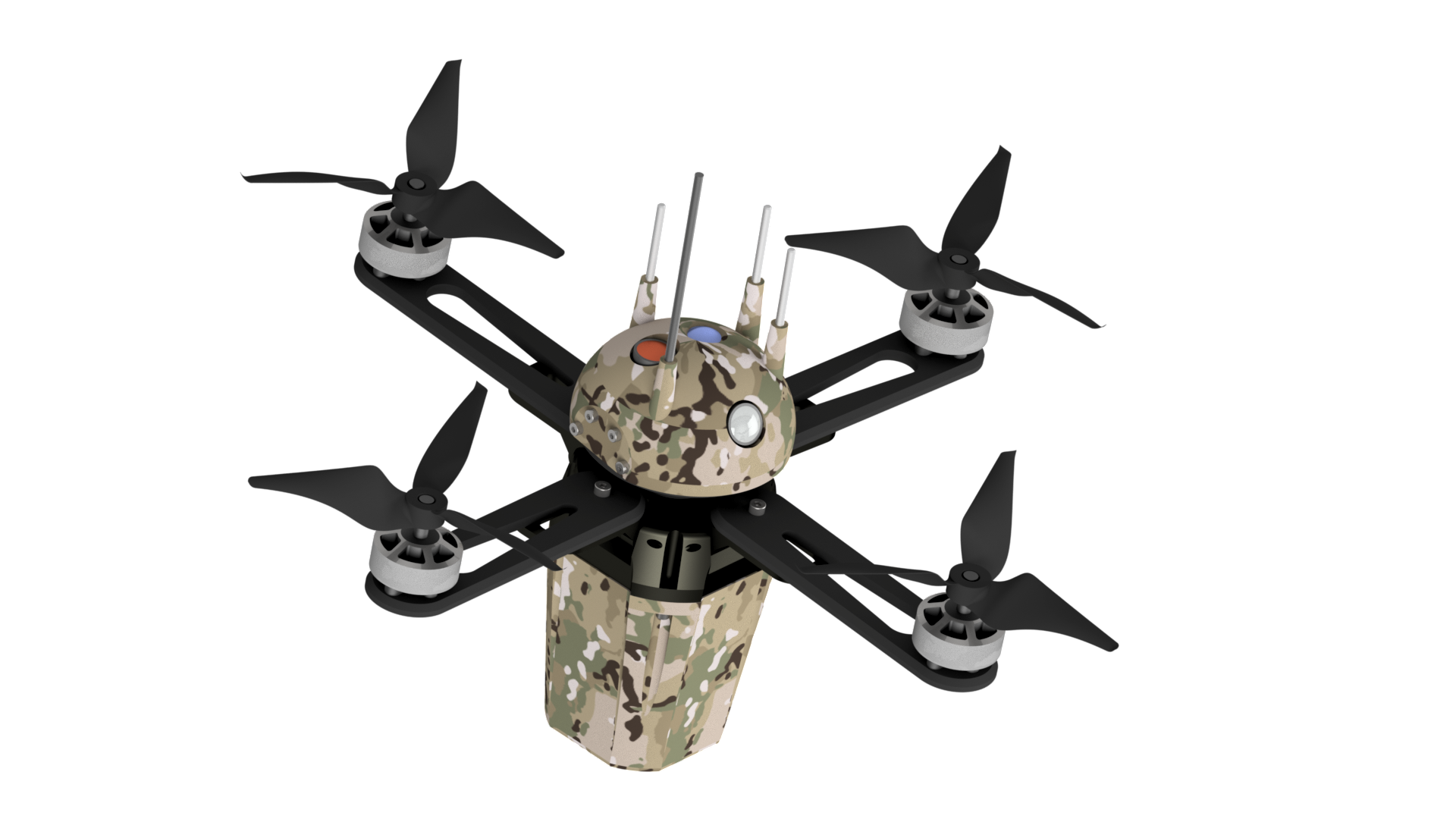